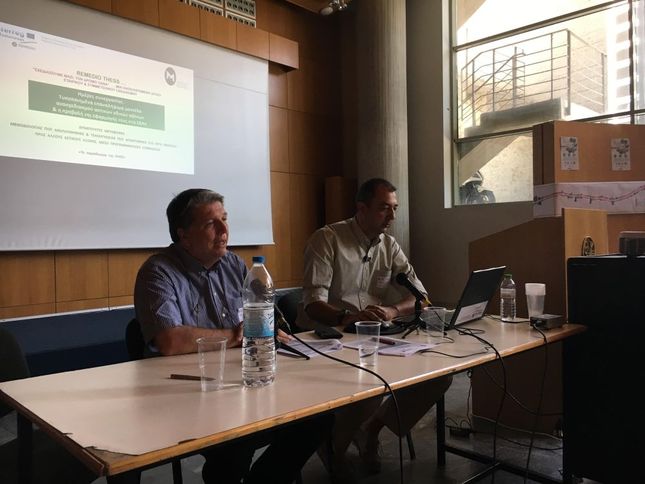 MDAT S.A. organized an event titled "Cooperation Day" on 17th of July in the framework of Thessaloniki local interventions “REDESIGNING… THE ROAD TOGETHER… AN INTEGRATED PARTNERSHIP & PARTNER PLANNING ACTIONT.

MDAT S.A. organized an event under REMEDIO project titled "Cooperation Day" on 17th of July 10:00-16:00 in the framework of  Thessaloniki local interventions “REDESIGNING… THE ROAD TOGETHER… AN INTEGRATED PARTNERSHIP & PARTNER PLANNING ACTION.

The main aim of the event was to inform the local audience, including local authorities, stakeholders, experts, general public about the final solution as emerged though a participatory process that will decongest one of the most crowded roads in Thessaloniki with high emissions and the responsibilities of the local authorities to implement this solution. Furthermore, has been presented the next steps in REMEDIO project and the path till the signing of a MOU among relevant authorities, stakeholders and other actors.

The idea of transferring REMEDIO methodology and knowledge in other similar urban axis was one of the main issues of the discussion presenting the potentials of this idea. Present were local representatives from the area which has been selected to be the transfer of REMEDIO project and they declare that they support this proposal. The methodological guide that has been designed under REMEDIO project in Thessaloniki includes a roadmap of how such a transfer can happen.

Moreover in a different discussion panel, has underlined the meaning of REMEDIO project in Thessaloniki to be connected with Thessaloniki SUMP describing the process that has been followed during the project and the connection of the methodology with SUMP methodology.

This event was organized by: