Activities developed in Split under WP4

City of Split is in a process of delivering the methodological path for the participatory governance in order to include all necessary actions to reach and engage the important stakeholders  and the general public .

An outline of possible stakeholders regarding the bicycle system in Split was made, as well as Timetable of the participatory governance actions.

The citizens of Split were interviewed by fulfilling the questionnaire about mobility habits and solutions in the City of Split. 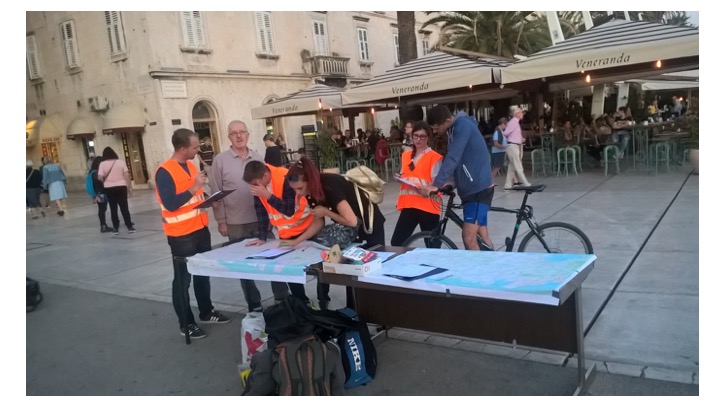 In October 2017, City of Split distributeda questionnaire containing 33 questions, approximate duration is 7 minutes, mostly based on traffic problems in the City of Split and traffic habits of the citizens.

Questionnaire mentioned above was distributed  and fulfilled on the location in the City of Split,  Campus location 99 citizens filed the questionnaire, while on the Riva location there were 103 filled questionnaires.

The results of the questionnaire were presented at the third transnational meeting held in Split, in November.

The presentation contains the mobility survey results, most specific ones are as follows:

Link to the questionnaire is:

NEXT ACTIVITIES during the 2018:

- E-mail communication with target groups gathering qualitative data from target group stakeholders, from May to September 2018